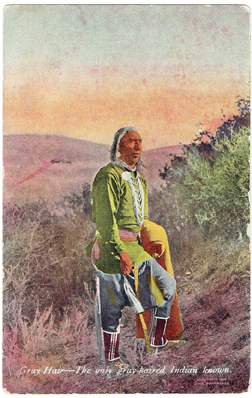 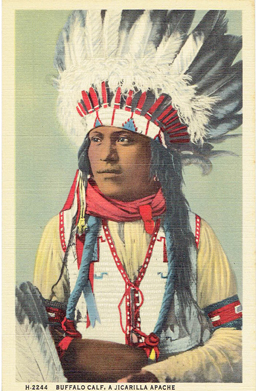 This is a 1924 postcard of Buffalo Calf a Jicarilla Apache. This postcard was distributed at the Fred Harvey Restaurants that were typically at train stations throughout the United States. The back of the postcards says, “The Apaches are conveniently divided into Eastern and Western bands. The former includes the Mescalero and Jcarilla Apaches; the […] 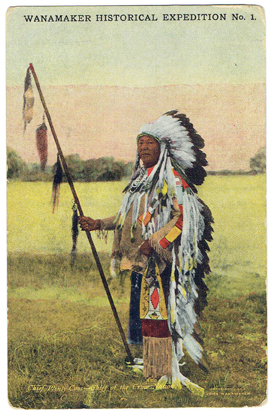 Chief Plenty Coos is named based on a translation of his name from the word “coup” and an old expression that he “counted many coups” on his enemies – or had many truimphs over his enemies. In the Crow language, his name is Alaxchiiaahush meaning, “Many War achievements.” The act of sneaking into an enemy […] 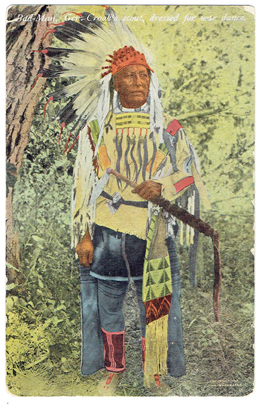 Postcard from the 1800’s of Bad Man, a Crow warrior that accompanied General George Crook as a scout at the Battle of Little Rose Bud with Crook. In 1876 General Crook became the military leader over Montana territory including overseeing the native tribes in that area. The Lakota Sioux were battling for the right to […] 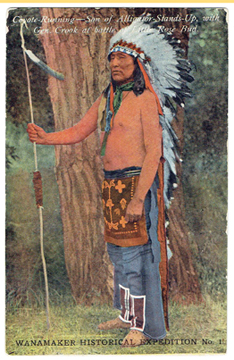