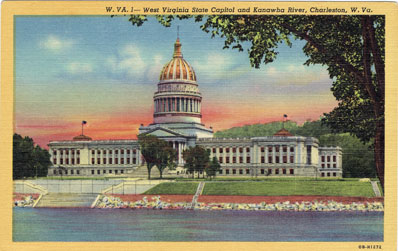 This vintage postcard shows the West Virginia State Capitol on the Kanawha River in Charleston, West Virginia. Originally, West Virginia was part of the state of Virginia. After the American Civil War, Abraham Lincoln the area that is now West Virginia status as its own state in recognition of the loyalty to the Union of […] 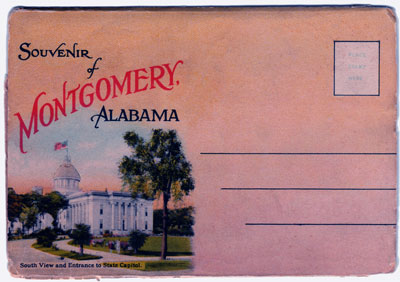 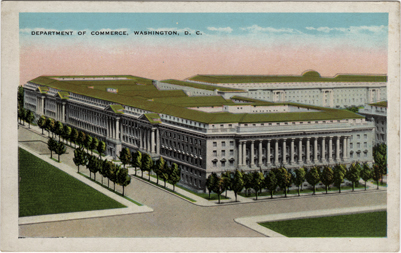 This vintage postcard shows the Department of Commerce building in Washington D.C. in the 1930’s before its construction was completed. Construction of the building began on October 4, 1927, when Herbert Hoover was the Secretary of Commerce, and the cornerstone was laid on July 10, 1929, when he was President. The building was completed in […] 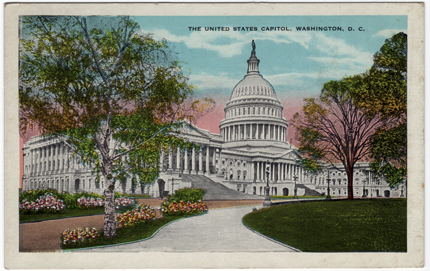 This vintage postcard from the 1930s shows the U.S. Capitol building in Washington, D.C. Begun in 1793, the cornerstone of the Capitol building was laid by George Washington. The central building was finished in 1800 with one wing completed in 1811. It ranks today among the noblest architectural objects in the world, its crowning glory […] 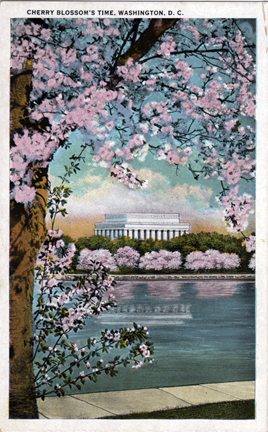 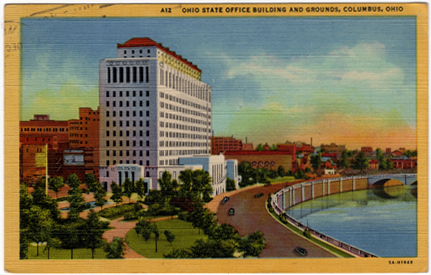 This 1948 vintage postcard of Columbus, Ohio shows the “new” State of Ohio Office Building located on the Scioto River front. The original postcard read, “It harmonizes with the public buildings comprising the Civic Center Group. Seventeen different departments of the State of Ohio Government together with the State Library are located in this building.” […] 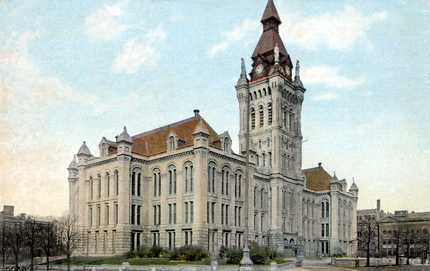 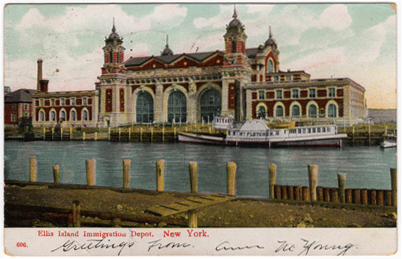 This vintage postcard shows Ellis Island in 1907 and is a page out of American History. Ellis Island sits in the upper part of New York City Bay near the New Jersey shore and was used as the federal immigration processing station for over sixty years. From 1892 until 1954, over 12 million immigrant steamship […] 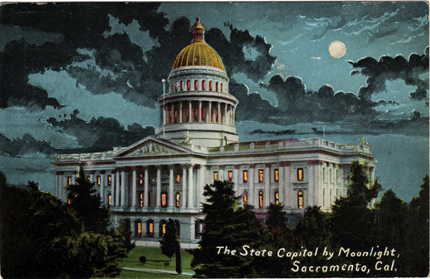 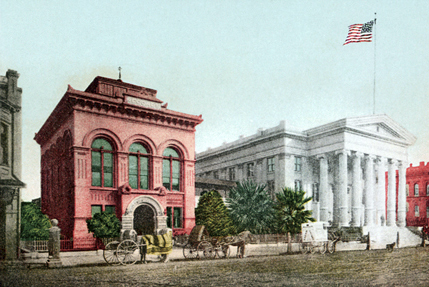 This early postcard dated 1900 shows the Hall Of Records and the County Court House (formerly the state capitol building) of Sacramento, California as it looked in 1895. Sacramento History Online has this same postcard and a nice history of the buildings and the City of Sacramento written with it. This is a great view […]